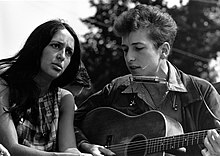 “I’m not the one you want, babe/I’m not the one you need.” Sang the bard of our generation, and I fell into a swoon, as suddenly it meant saying goodbye to all meaningful relationships, by walking away from the window. The window of opportunity is to find our very soul, to above all be oneself, as this journey is, to first find oneself. Bob gave up writing for us people, a long time ago, and withdrew into his own, personal existence and wrote what he wanted. In the meantime, I grew old and find that the times, they are a-changing, and it is time once again to sing Lay Lady Lay, to one’s beloved.  Life became a ride on a magic carpet, following a Tambourine man, who played our song, and in the jingle jangle morning, was our only friend. From their it progressed into years of work, for a living and survival, and one forgot the rainy day woman.

52 years after Sartre’s refusal the Swedish Academy has awarded the prize to a man, who has done one better, by refusing to acknowledge their prize or their existence. One member of the Academy has called Mr. Dylan’s behavior “impolite and arrogant.” I guess that Bob has been called considerably worse, during his long and productive career. He single handed seemed to understand the soul of folk, and American music instinctively, and wrote for our generation. There has not been a more important songwriter, and I believe he influenced me even more, than Lennon and McCarthy.

“You call yourself what you want to call yourself. This is the land of the free,” Robert said many years ago and it is true, and I had done the same many years earlier too. He sang “Like a rolling stone” in 1965 (the original hand written words sold for $ 2 M at an auction), and he refused to go to Woodstock in 1969, even though he was close. In a tribute Salman Rushdie tweeted: “From Orpheus to Faiz, song & poetry have been closely linked. Dylan is the brilliant inheritor of the bardic tradition. Great choice.” I tend to agree that if anyone, sang the songs of my youth; and understood our views, on war, power, money, government, love or life, it was definitely Bob. In honoring him we honor the music that changed the world, in the gravely voice, that sang the words, that changed our hearts and minds.The Swedish Academy has honored a man and a poetic myth of our times